Fact: GMOs are registered as pesticides with the EPA.

Why are so many people confused about GMOs? It is what the chemical companies such as Montsanto and Dow are counting on.   They state that crops have been ‘genetically  modified’ for years and that what they’re doing is not wrong.   They are counting on people to be confused so they can continue their campaign.  Most people such as myself have no problem with these companies creating toxic foods.  Those who want to eat it are most welcome to eat it.  That’s right, Folks!  Eat up!  Enjoy!  Feed it to your children and loved ones!

We, on the other hand, refuse to buy or consume anything unless it’s (1) Certified Organic or (2) at least labeled with the Non-GMO Projects emblem. 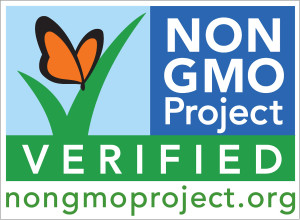 The chemical companies would like you to think that there are a handful of tree-huggers who are trying to destroy them.  It’s far from that.  And ok, sorry for the sarcasm, but their crocodile tears are wasted on intelligent people.  As always, just follow the money.

The truth is simple.  All we ask is to be given the information that we require so we can make our own decisions.  I certainly do not want to be ‘slipped a mickey’ in the form of some skeezy poison-laced GMO foods.   All the reasonable, wellness-minded people in this country are asking is to simply LABEL IT and to make proper labeling the law.   After all, if it is as harmless as the chemical companies want you to believe, then why are they spending millions and millions of dollars on lobbyists  and advertising campaigns to stop any and all attempts to simply require a truthful label, stating that a food is either GMO or it is not.   Why are they quietly paying off scientists to write phony papers about how safe GMO is?

Case in point:  University of Florida agricultural professor of Kevin Folta.  Mr. Folta has now been exposed as being paid by Montsanto to come up with a paper stating that GMOs are safe.  Written proof of Kevin Folta’s receipt of bribe  So, this is just one well-known episode.  As is always the case, this is just the tip of the iceberg.  All of the so-called peer-reviewed papers proclaiming GMOs as safe come from Montsanto’s own people, ex-employees, or so-called agricultural professionals who have taken bribes, such as Kevin Folta.

Now, to the reason for the confusion.  The chemical companies continue to ‘sell’ the idea that our food has been genetically modified for hundreds of years.  They’re counting on the average citizen’s lack of knowledge on the difference between hybridization and genetic modification.  These are two very different things.

This article breaks it down very succinctly:  Hybird vs GMO   Hybridization has occurred when nature naturally does this over time, OR when humans have cultivated new plant varieties through selective breeding. This takes time.  A LOT OF TIME!  They did this by cross-pollinating two different, but related plants over 6 to 10 plant generations, eventually creating a new plant variety.  To quote Jerry Seinfeld:  “Not that there’s anything wrong with that.”  BUT often a weaker plant results.

Genetic modification is a far different process.  These seed varieties are created in a lab and are far from the ‘low tech’ process used for hybridization.  GMO seeds are not crossed with similar varieties of plant.  Actually, they are crossing different biological kingdoms such as say, a plant with a bacteria.     ARE YOU AWARE THAT THESE GMO PLANTS ARE REGISTERED AS PESTICIDES WITH THE EPA?   Pay attention now. It isn’t just the one plant variety that is affected.   Montsanto’s btCorn isn’t just a toxic crop. It IS a pesticide. If you feed this actual pesticide to your cattle or your chickens or if you eat it yourself, you’re eating a full dose of pesticide.  EATING IT.  It’s not just a bit of residue from the surface of a plant that was sprayed with pesticide.  It’s IN it.  You cannot wash it off.   This is occurring with all crops now – wheat, soybeans, canola and more (even though we don’t eat any of those anyway.)

This process has begun to poison our entire food chain.  AND it is putting the small, honest farmers out of business.  (That’s a very long story)  I highly recommend seeing the film “Food Inc.”  It is free for Amazon Prime members and is available on DVD.  Another great film?  King Corn .  These are eye-opening and very concerning exposes’ of the manner in which corporate farming and chemical companies are ruining our food supply and destroying small farmers who have farmed their land for generations.

For now, I will use those with the above Non-GMO Project certification, but it is only a second choice for me.  The only guarantee that you have of safe food is to buy certified organic. 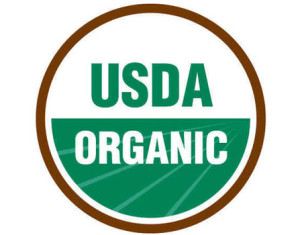