Personal Responsibility: Is it a lost trait?

After what seems like an eternity of loud, rude bikers in our town, I began to think about personal responsibility.  Where is it?   I cannot imagine in this particular case, why a group would feel it’s perfectly acceptable to come to a town and infringe on the peace and quiet of an entire community.  This noise pollution is actually dangerous for us all. These bikers

generally have illegal pipes and of course, the local police force does nothing about that.  No one can sleep through the night and when did that become ok?  I wonder if they act this way in their own neighborhood at home?  Would their neighbors tolerate it day after day after day?

It’s not just the bikers.  We see the same with tourists as well, who relieve themselves in public or who throw trash in yards, leave nasty diapers on the sidewalks or who pick fruit off the trees of residents.  Would they do this at home?

I’ve found this to be rampant in society for the past 20 years or so.  In general, people do not take personal responsibility for their own actions and then try to make it all the fault of others, even if it’s another entity.  How many people go around blaming ‘god’ for their own personal poor choices?  You encounter it daily.  (A note on the ‘god’ thing:  humans were given free will and they create their own realities.  Blaming things on god is NOT taking responsibility.)  How many law enforcement officers would never take personal responsibility if their actions weren’t recorded?

At the grocery store, when queried as to why they’re out of stock consistently on something that SHOULD be there, they first say “Oh, we’ve never had it.”  Then they say “Oh, it’s not on our list of options to order.”  Then when presented with proof that it has been purchased there previously, they blame it on a department manager.  NO ONE ever says “This is my store.  I’m responsible and this will not happen again.”

So this is the big question:  How often do you hear someone –  ANYONE – say “Oh, I’m so sorry.  I apologize.  I made a mistake and messed this up.  I will take care of it right now.” ?

Now on to the bigger picture.  Government and countries in general often have what I call ‘collective lapse of responsibility’ to their own people and to other peoples of the world. 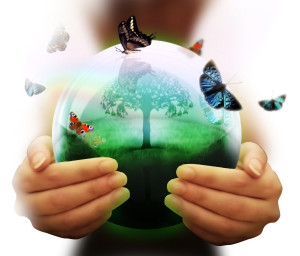 In a democracy such as ours, representatives are elected.  They often reflect the thinking of the majority of their voting constituents.  (AND those who do not vote have no excuse to complain.)  When these elected officials gather to refuse help to those who need it, conspire to take away rights of entire groups, actively harm the environment of a planet that is in distress and only operate to enrich themselves and those who contribute to them, they are showing a total and utter lack of responsibility.  Do you think they’ll ever say “Oh, I’m sorry.  We made a mistake.  We’ll fix it.”  ?  No, they will not.

What is it going to take to instill human decency and courtesy and simple ethics in society?  Sadly, big corporations, chemical companies, pharmaceutical companies and those legislators who take their lobbying money will not change unless the public demands change.

Perhaps I’m being idealistic to think that it starts with each of us.  If we each begin thinking in a more kind manner, if we begin helping others and step away from selfish behaviors, if we begin to care for the planet, the animals and the environment, if we begin to THINK of others, maybe it will catch on.   I’d like to think that my little blog might make a few others think, and might encourage them to share the same thinking with others and it could make a difference.