The Key to a Peaceful, Prosperous Life? Banish lower energies!

I have done everything in my power to keep politics out of my blog.  However, this country is coming to the point where the politics at play can and will harm any chances we have of moving forward and moving into the light as a people, as a species and as a planet. The danger?   Lower energies.

Lower energies: What are they? Fear, lack, hate, bitterness, selfishness, resentment, bigotry, violence, anger, and much much more.

In a Facebook discussion on the timeline of one of my friends, I began to examine what is going on in this country on a more metaphysical level.  I’ve been personally, in my meditations, getting rid of lower energies as much and as consistently as possible. About 14 months ago, I began to physically do the same, distancing myself from anyone who personifies lower energies, as well as using Facebook tools to block and unfriend those types.

You know, once this ‘culling’ began in my life, where I started getting rid of these people over a year ago, I have realized when analyzing, that they were never contributing anything to my life whatsoever anyway. I’ve not missed a single one of them.

They were ‘hangers-on’ who were trying to enjoy the good positive energy of those like us, without actually contributing any of their own. Now, whether that is because they HAVE no good energy of their own or because they chose not to, is of no consequence. They are leaches. They are small, dark beings living in their own dark world of their own making, living in hate and resentment and refusing to move forward. They always have the choice to move forward but it is their choice. You will not teach them if they do not want to learn.

It is just recently that it has come to me that the entire Trump movement is a massive, ugly metaphor the worst of the worst on this planet. They embrace fear, selfishness, hate, anger, violence, ignorance, bitterness and all the while, do nothing to help others – not other humans, not society, not nature and not other beings.

Step back, my friends.  Look at your life, your country and your planet in the larger view. When you do that keeping in mind that the lower energies are harming us all, and they have become increasingly prevalent in the form of a political movement BASED ON lower energies, I hope you will see how dangerous this situation is.

Please everyone, move away from lower energies. Embrace truth.  Do the work. Ban the lower energies and those who exhibit those energies from your life. 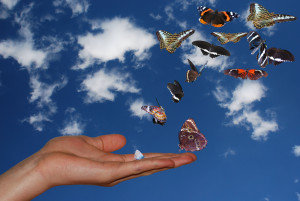