There are day-to-day challenges that make me question the order of the universe sometime.  Today was a classic example.   It seems no matter how hard I try to allow people to do the right thing in their lives, their businesses and their jobs, they continue to disappoint.  I often wonder if I have just come to expect too much of humans.

Case in point:  2 1/2 weeks ago, the ‘check system’ light came on in our car.  The next day I phoned the local Lincoln dealership where we had purchased our Premium Extended Warranty.  I talked to the head of the service department, since I’d found his employee (the guy over Lincoln maintenance) was rude, late, confrontational and a misogynist.  The head of service is a very nice guy.  However I think perhaps he has very little control over the long-term trouble-making employees.  Anyway, he was to call me back to set up an appointment.  He never called.  I sent an email.  No response.  I left two messages on his cell phone.  No reply.  I left message on his company phone.  No reply.  I finally got in touch with him last week (1 1/2 weeks into this effort to set up an appointment) and he couldn’t set anything up until this morning.  However, he said it would just take a minute to run a diagnostic on the computer that was giving the error, to see what the problem might be.  I arrived on time for the appointment.  Was told it would take a while.  I protested, saying “You said it wouldn’t take but a few minutes.”  Of course there was the story about their being busy. 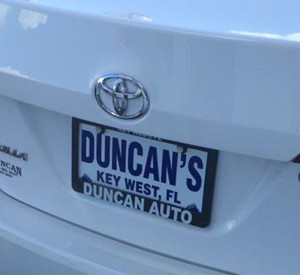 I waited in the customer ‘lounge’ with non-working air conditioning for an hour and 15 minutes.  Finally, I was told that they’d order a new part and that it would be covered under my warranty, and they’d call me when it’s in.   However, the problem is that this should have been handled 2 1/2 weeks ago.  I honestly can’t understand why even the good employee can’t return phone calls or respond to emails, and for that matter, why ineffective, rude, abrasive employees who choose NOT to do their jobs remain in the employ of the dealership.    And it’s not like the owner of the dealership doesn’t know.  I’ve complained about this Lincoln service employee to her AND to Lincoln corporate. It is a system designed to fail.

Another issue:  Problems with AT&T.  If there’s ever an issue with 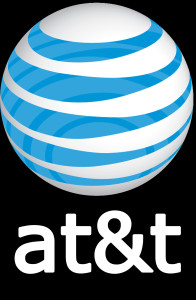 AT&T’s service, you can count on being in a circular ‘hold’ pattern for hours.  It’s virtually impossible to get a human that knows what’s going on, that knows how to repair a problem or that can even comprehend what the problem might be.  For my business land line problems, I’m constantly pushed into Uverse customer service and they are clueless about a hard-wired telephone repair issue.  Meanwhile, my business is now unable to receive calls for 4 days now.  Eventually, I was forced to enter a repair ticket with their digital system, but I was left with no way to let them know that they need to contact me in advance if they need access to the property, which is nowhere near where I live.  It seems this is yet another system that is designed to fail.

Issue:  Apple updates  Rarely does an Apple update ever go well and yesterday, we had a problem that has  spilled over to today.  They required an 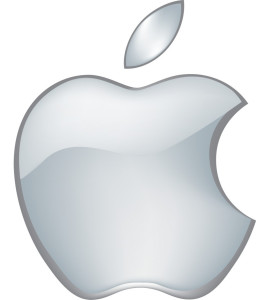 iTunes update when trying to simply sync and backup the calendar and contacts from the iPhone.  Predictably, the update wouldn’t install, the process had already blown away the existing iTunes and now we have nothing.   Many calls to Apple later, the problem isn’t solved.  Back to the word predictably – they blamed it on Windows.  They always do.  The problem is Apple techs don’t know REAL computer technology.  They know only the limited info they’re allowed to impart.  They set up calls to return to the issue but never phoned. I’m dealing with that issue right this moment and am on hold yet again.

Another issue: I’d previously written about a vet who made amistake on my adored kitten’s spay and left some ovarian material in her.  We need to wait for her to be in heat yet again to draw blood, to assure that it is there before we put her through another surgery.  Today, I continue to struggle with the issues.  While waiting at the dealership, I was also dealing with this problem.  The vet who did the surgery seems horribly egotistical and declares he couldn’t have possibly made a mistake – and yet it is well-known nationwide that this is a very common mistake.  Obviously he’ll repair it but the process leading up to this is going to be complicated and meanwhile my little sweetheart is suffering needlessly because of a careless mistake.

So, you can see why my frustration is bubbling over into my post today.  Oh, I can go on and on about similar issues.  But what it all boils down to is that companies, even on the local level, have no desire to actually provide service or value to their customers.  I am at a loss as to how this has happened in our society.

I do my best not to be angry with them, and to give these people every opportunity to surprise me and help me and to bowl me over with their humanity and service.  However, as I was sitting in the coolest area I could find at the dealership today, on hold with AT&T while waiting for the auto diagnosis, I realized that perhaps I’m expecting far too much of humans these days. Perhaps having a hopeful, positive demeanor and attitude doesn’t translate to those who are simply incapable of doing their jobs or of having pride in themselves, their companies or their own work.  And those who truly want to help are often hog-tied by bad employees and management or owners who either do not care or are too lazy to do what it takes to require excellence in their businesses.

I am very loyal to companies who treat me with respect, who take the trouble to stock their stores properly, who train their employees to do their jobs and who make it easy for me to spend money with them.  I find these days, sadly, that there are fewer and fewer companies that I feel I can be loyal to.