The BEST elephant charities, where your dollars do more good.

As an ardent supporter of animal rights, it is no secret that I am passionate about helping them. Through all our efforts, the poaching has not abated.   Add to that the disgusting murder of elephants by trophy hunters such as Donald Trump’s arrogant sons, and it has become quite the mission for me to help in any way I can.

I’ve begun to notice the massive number of emails coming to my email box asking for financial support for elephants. 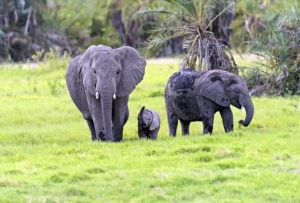 There are so many, and many I have not heard of. They seem to be popping up everywhere. I STRONGLY RECOMMEND EVERYONE CHECK THEM OUT BEFORE DONATING to be sure our dollars do the most good. Thus I began a small study, to find who is valid, who is not, who is actually getting results.

You’ll read/hear the term NGO. NGO’s are a non-governmental organization is any non-profit, voluntary citizens’ group which is organized on a local, national or international level.

This article below is rather good.

The upshot: Of the global NGOs, Wildlife Conservation Society is credited with doing the most effective work in Africa. Their overhead is relatively low and they are very hands-on and partnering with governments, thus not handing off to other charities.

Another that looks good is an on-the ground organization in Africa is African Parks: From the article linked at the bottom of the post, “NGOs like African Parks, which take on the management of protected areas in partnership with governments, are increasingly attracting donor funds because they are accountable for their actions. In signing formal public-private partnership (PPP) agreements, they secure full management responsibility for a protected area and are held responsible for what happens under their watch”.

As always, my favorite, the David Sheldrick Wildlife Trust does amazing work and it’s a multi-pronged operation – saving orphaned elephants and reintegrating into the wild, with anti-poaching units, air units, and dog units. They also help other animals.

Something I want to learn more about is how we can be proactive in immediate governmental bans on ivory worldwide.  The ‘phase in’ thinking isn’t helping and the need is immediate and desperate.